Ezra Olubi's Full Biography: All you Need To Know About CTO and Founder Paystack 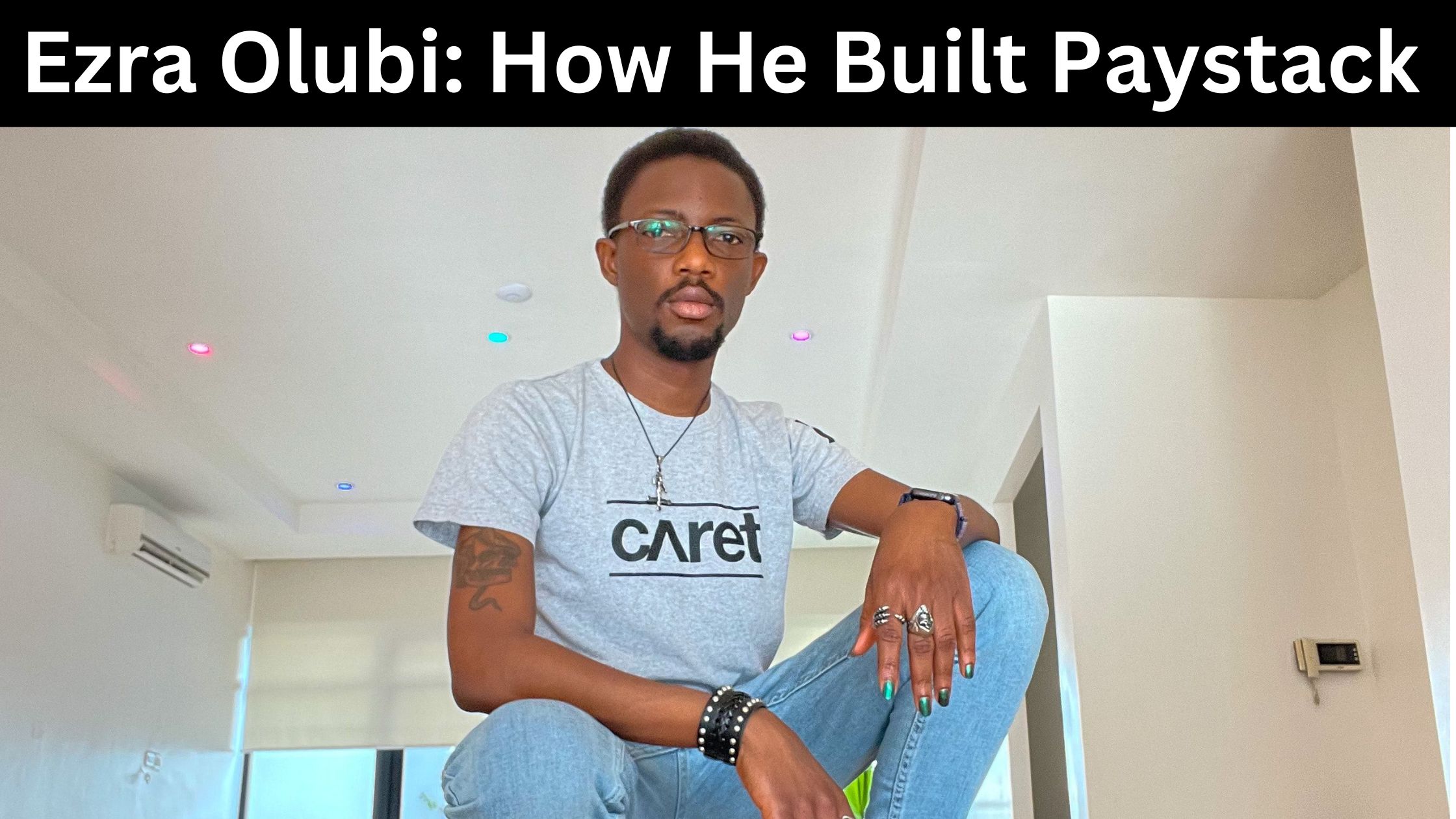 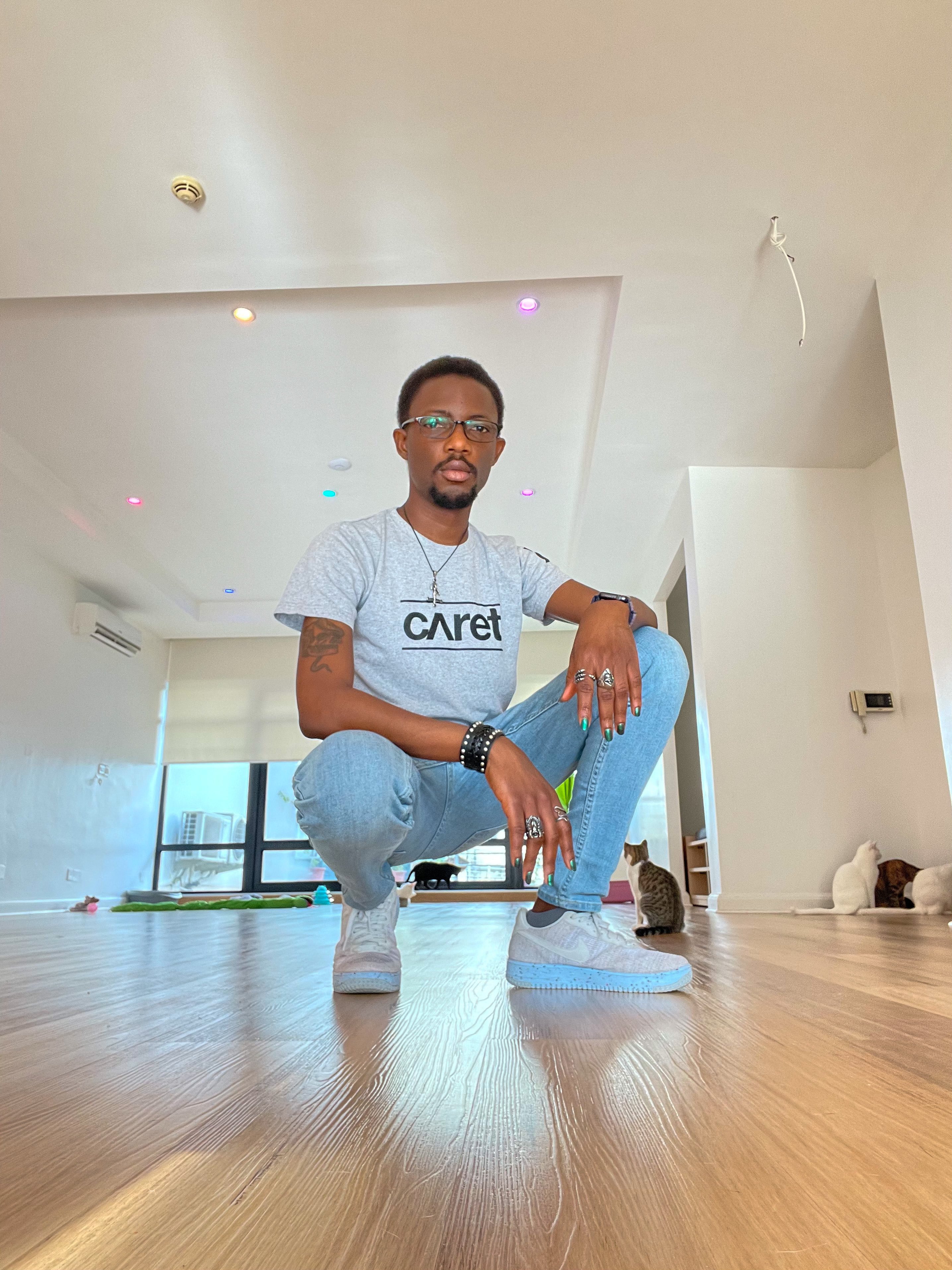 Ezra Olubi; the co-founder and chief technical officer of Paystack one of the only five Tech unicorns in Nigeria is playing life on his own terms and seems to be winning and winning big! Haystack was acquired some few years back and as a co-founder and director you know the bag was huge! He combines his love for tech with his passion for tech with his love for cats but how did all start? 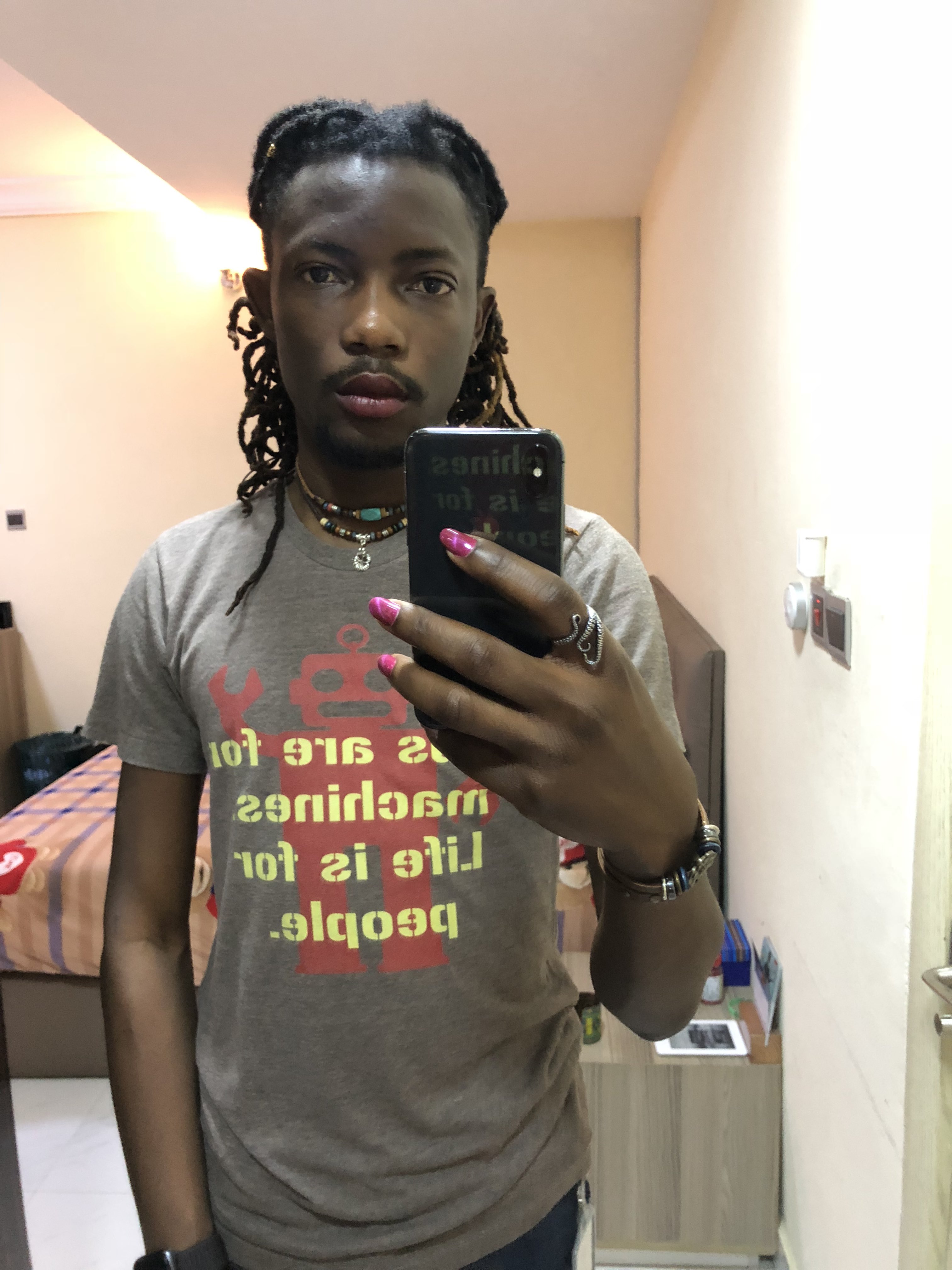 Ezra Olubi grew up in Ibadan the youngest six years younger and he started his coding journey when a family friend moved into his family house because of proximity to school. The friend came with his own computer and that was Ezra's introduction to computers and programming. He started appreciating how interesting computers were compared to every other electronics as early as 13 years old. 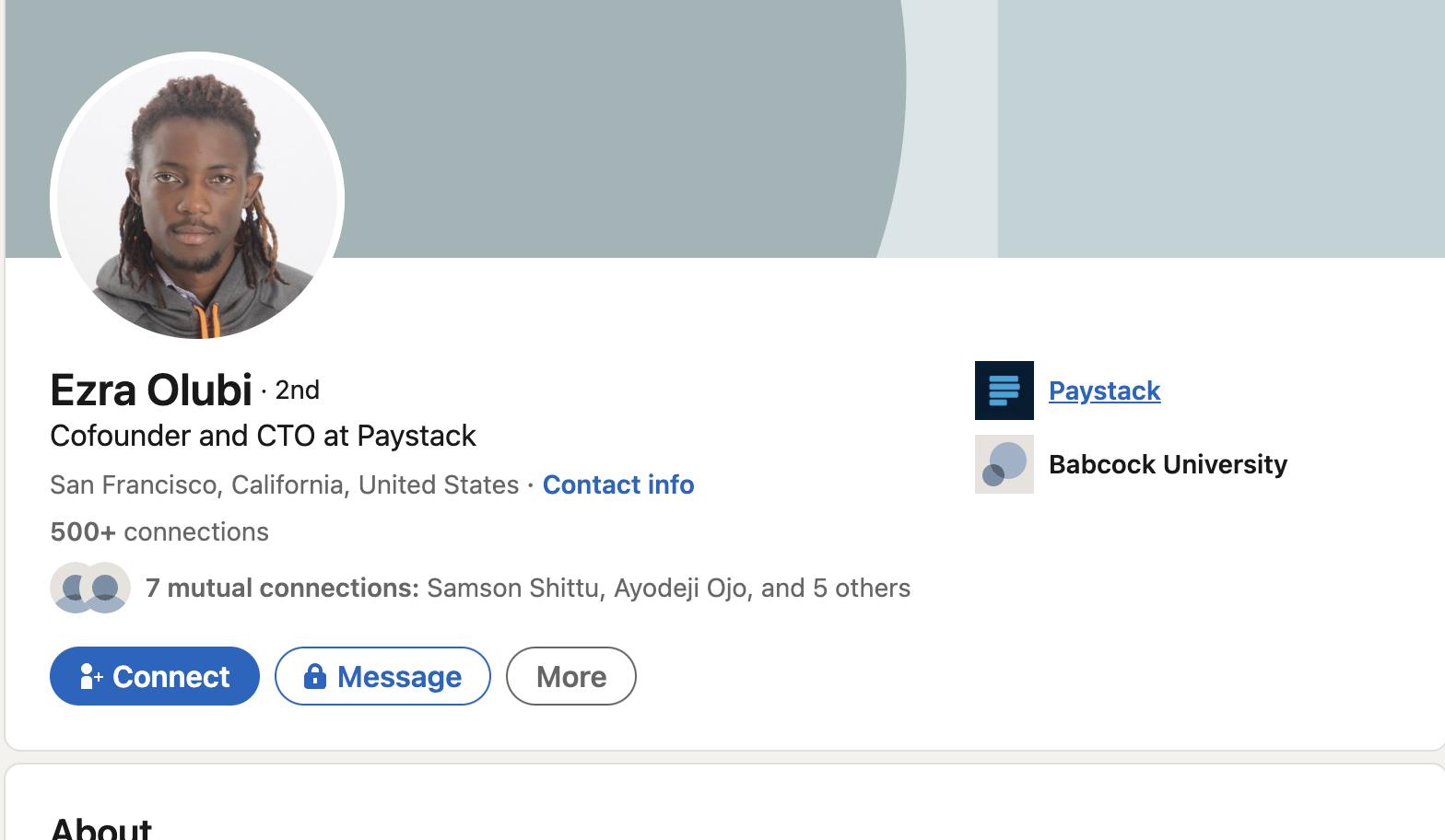 Ezra Olubi studied computer science in the University of Babcock from 2002-2006 after wanting to be a pilot for most of his childhood.

His professional career started over 10 years ago from:

An IT Administrator in Business Management Consultants Ltd where he supported a custom built sales performance reconciliation and rewards software.

From there he went on to become a Web Applications Developer in North Ocean Logistics & Solutions Ltd where he created the now defunct cars-ng.com.

From there he went on to a new role at Softcom Limited Nigeria as a Web/Applications Developer. There he created a number of products like: reloadng.com, softpurse.com, among others. Softcom was pivotal to his career as he grew to become the head of developers within a year.

He will continue in that position for 2 more years before he became the Head of Product Development. In this role he led a team that built Eyowo.com, a unified payment system that helped to reduce the barrier of entry for prospective eCommerce players in Nigeria and eventually the rest of Africa.

He was passionate about the project but the company was not willing to allocate extra resources for the ideas he came up with so he resigned.

Six to five months later he joined Jobberman as a Chief Technology Officer where he led scaling efforts for Jobberman in moving from the initial server stack to a cloud-based architecture that could reliably handle transaction loads of tens of millions of transactions daily. He states on his LinkedIn: "I Ensured that Jobberman had high-availability and uptime (99.9% uptime) for applications and led rewrites of problematic sections of the code base that had been written prior to Jobberman hitting Internet scale."

Ezra Olubi's career has been actively mobile as he will later move on from Jobberman to Delivery Science Inc. as a Chief Technology Officer. There he led technology and innovation which included managing the team responsible for the development and management of all client-facing applications (web and mobile), internal applications, etc, and taking decisions to ensure business continuity and staff development. 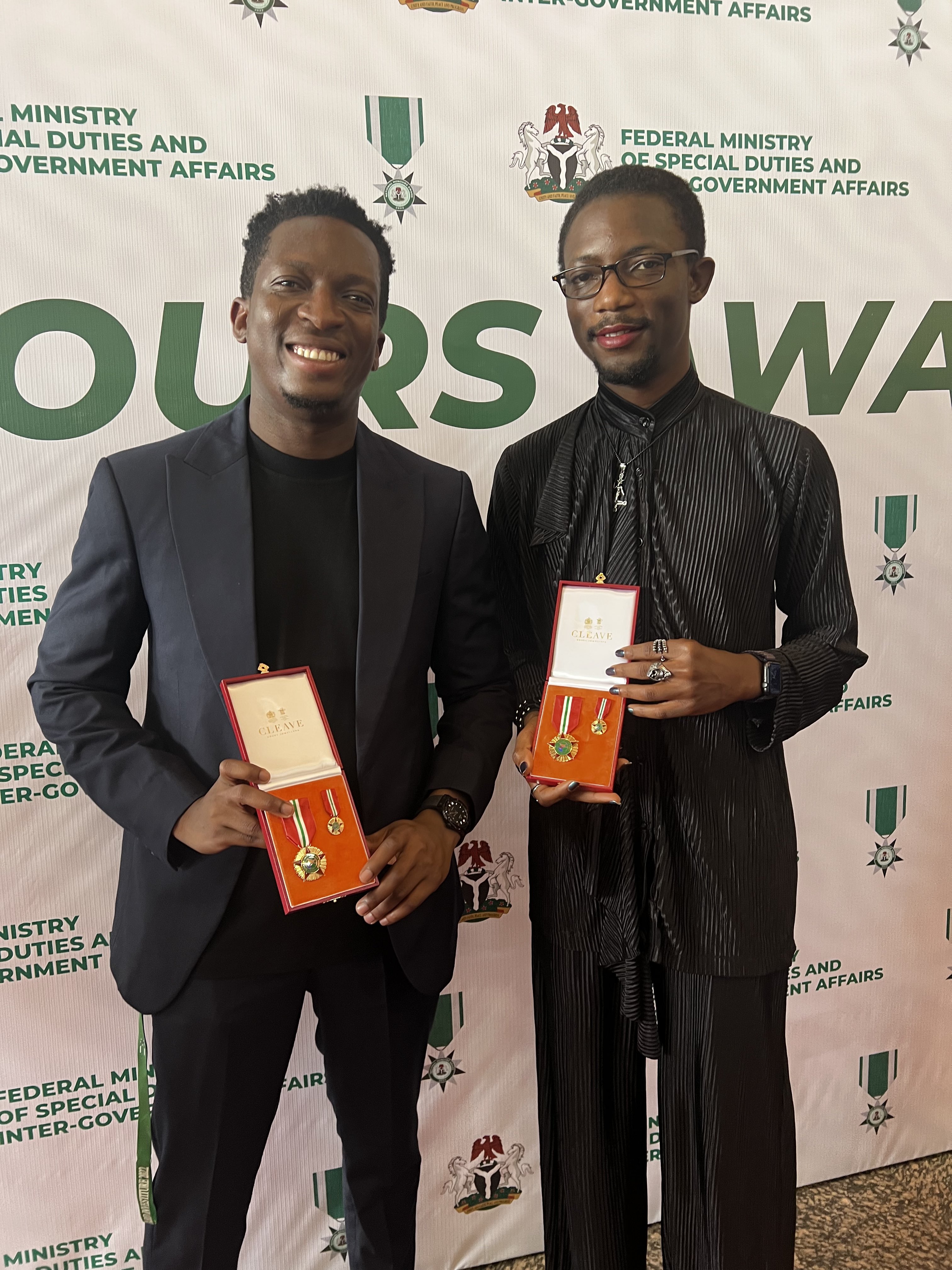 Shola and Ezra were classmates in the University of Babcock who met because of their shared love and interest for programming and worked together on a couple of projects in school. They specifically met at an exhibition in school. They became friends and worked and collaborated on a number of projects.

In 2007 while still at Softcom Limited Nigeria Ezra was a part of the team that built a product; Eyowo that allowed people buy recharge cards online.

This product made it possible for customers to fund a wallet out of which they could buy airtime by sms or by calling in.

A lot of people started making use of this wallet as a store value and that made them realize that it could be opened up to more use cases that would enable them spend their money elsewhere on the internet.

That was the beginning of Ezra's journey into online payments and the barebones of the setup included arranging a set of apis on top of the wallet which any other developer could integrate into their website.

The product was rebuilt to require people to be registered users of the wallet and this was the first iteration of the product currently called eyowo.

Ezra's 'stint' at Softcom Nigeria Limited came to an end when his big plans for the product were not prioritised.

So after a few months at Delivery Science Inc; his second job after leaving Softcom Nigeria Limited; Shola presented an idea he was working on because of he hinted Ezra's interest in payments.

The stars were aligned as Ezra gladly obliged and the came together to form Paystack.

Shola was the CEO and dealt with financial partnerships, upholding company culture, doubling as the external facing person while Ezra focused on the tech.

Ezra runs the technical side of Paystack with the VP of engineering and engineering managers who sit on different product delivery teams and also principal engineers who coordinate the work across multiple teams in specific domains.

Ezra is quoted saying: "We acknowledged the fact that we didn't have the necessary liberties and advanced skill sets in-house to be able do things like database administration so we leveraged as much services as we could in the early days and it helped with scaling and identifying problems because they were easy ways of fixing it rather than trying to crack from scratch."

He also mentions that they were able to leverage the number one the cloud service provider; AWS (Amazon web services). 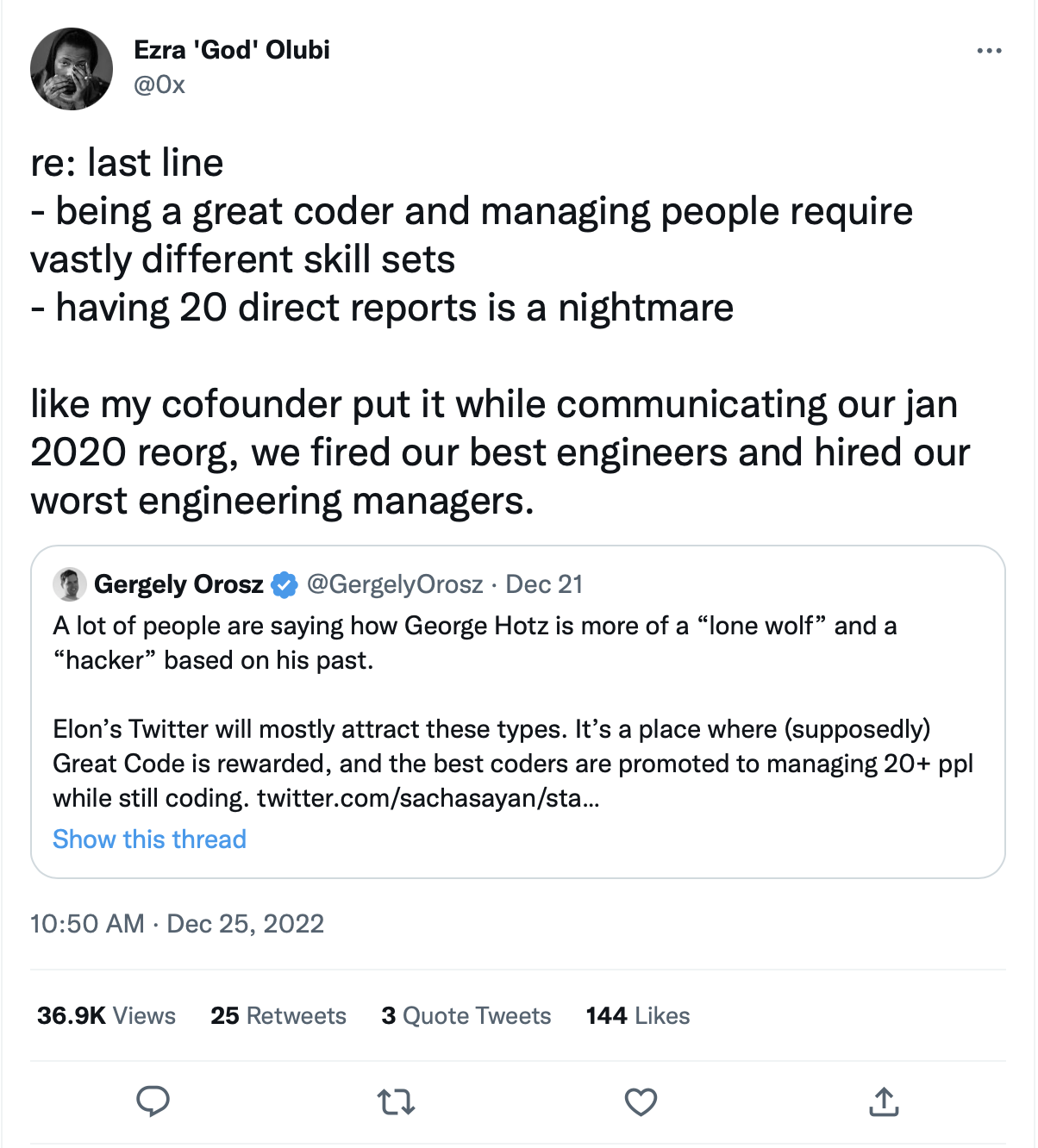 Shola, the co-founder was like more in the backwoods of all the investor conversations but it was fairly easy from Ezra's point of view.

Even though the target was raising a $1m million dollars in seed they ended upraising $1.3m after announcing. Visa joined the round even.

Ezra is quoted mentioning that Paystack prided themselves in being as nimble and as autonomous as possible and not necessarily chasing big ticket numbers. There were actually no board member of Paystack Inc except Ezra and Shola yeah so the votes stayed between them. They didn't raise a series B so they maintained independence until acquisition

Stripe was one of the early investors and when they reached out for investment; it was more strategic than for the sake of money.

Ezra's location on LinkedIn shows San Francisco Bay Area is is his favourite city because it feels like home to him as everything resonates to his tech side and feels approachable from programming jokes in the bus on people on Slack or writing code in VS Code on a train.

Ezra's Awards: Recipient of the Order Of The Niger

Ezra has been nominated for some awards over the years. He won two consecutive recognitions as a Programmer of the year at Babcock University. 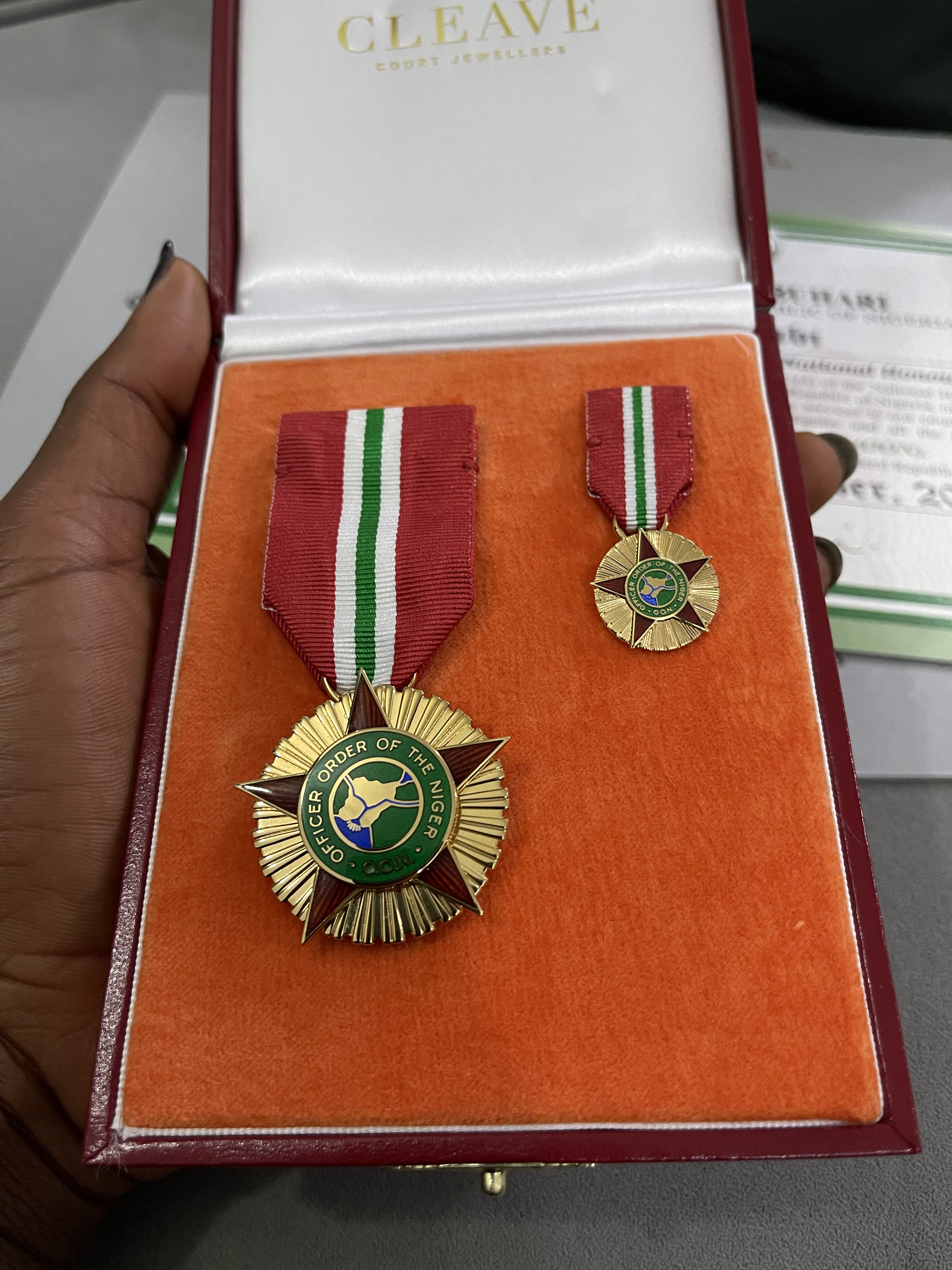 On October 11, 2022, Ezra Olubi was one of the recipients of the Order Of The Niger (OON)             award, which he received from the President of the federal republic of Nigeria, Muhammadu Buhari. 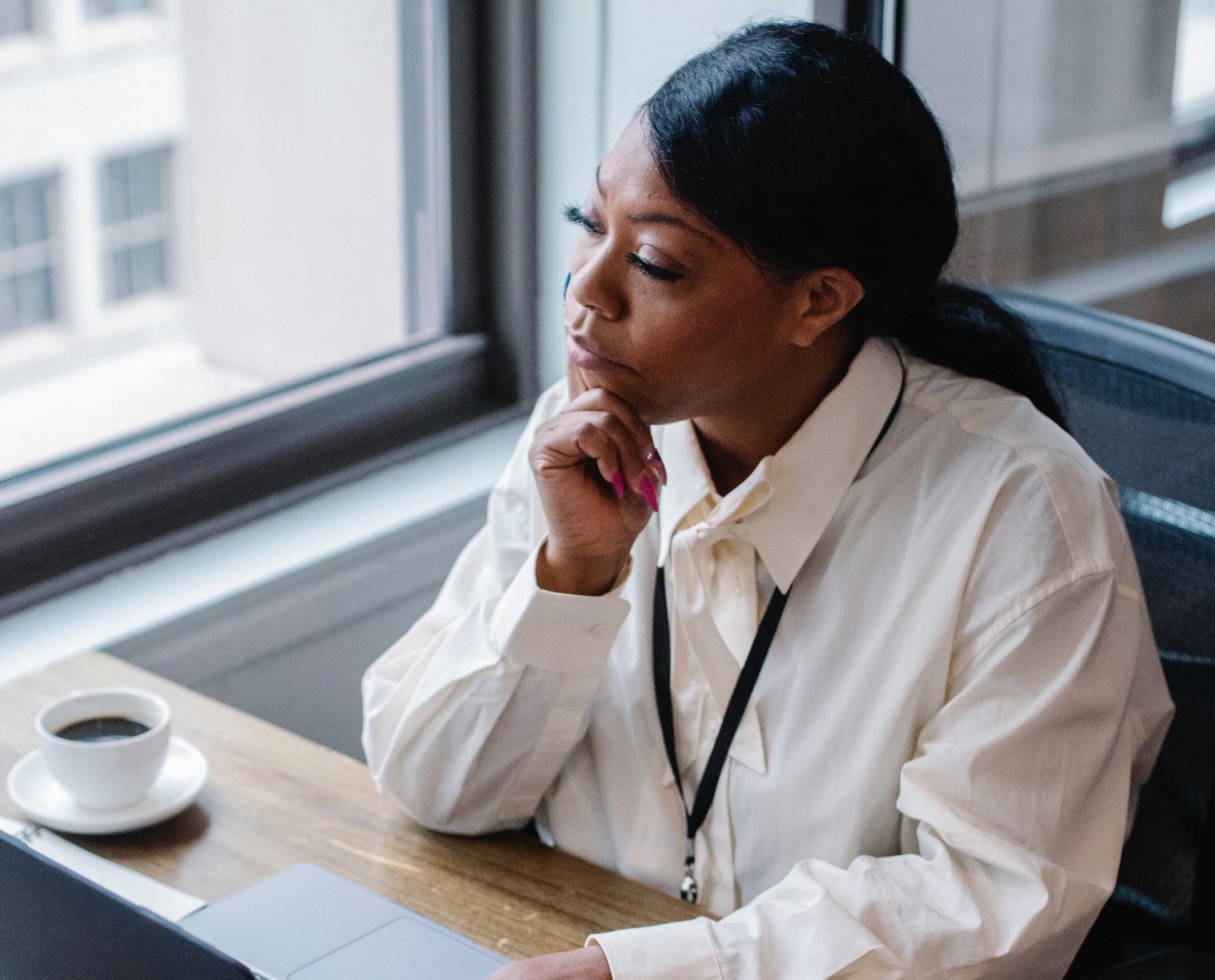 What stands between you and a consultancy job? 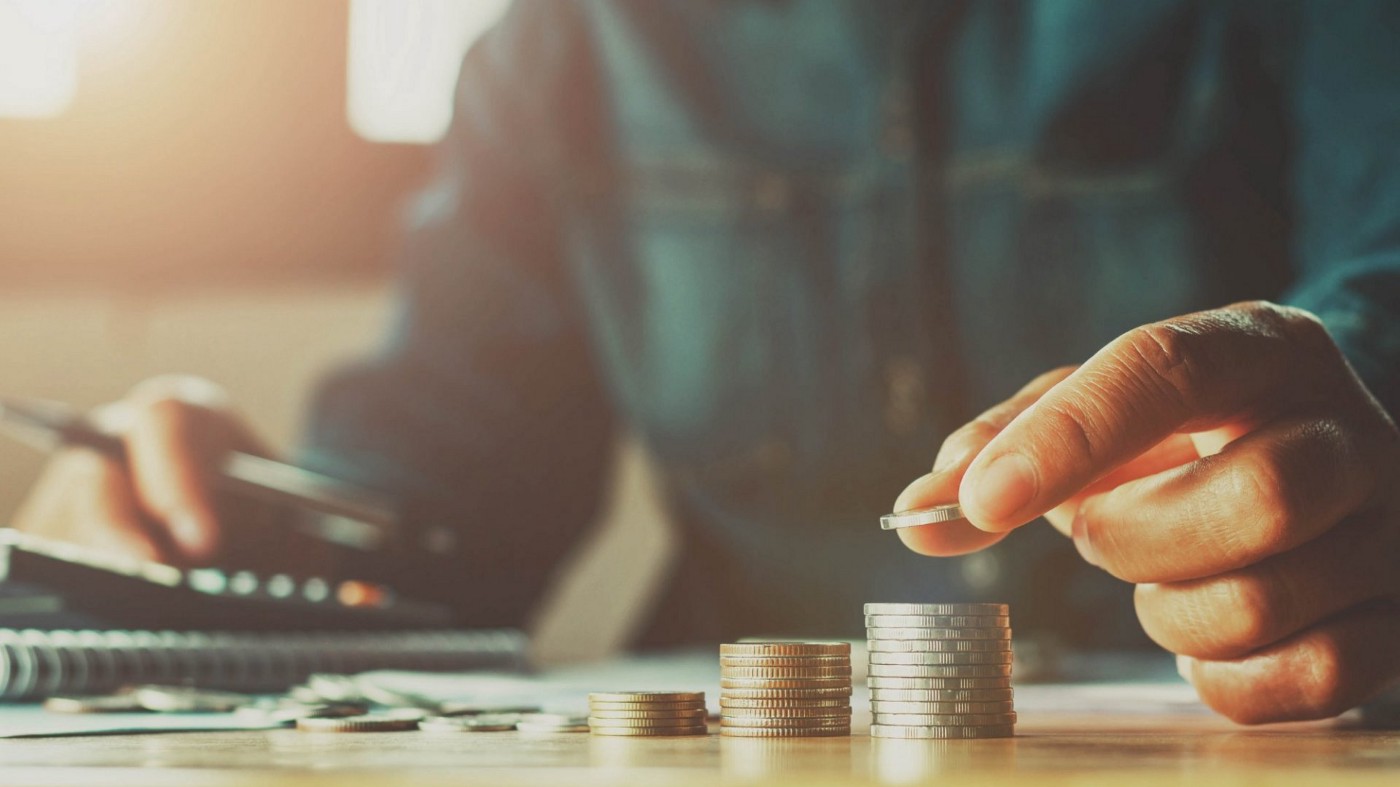 Are You Making Money, Or Are You Just Selling? 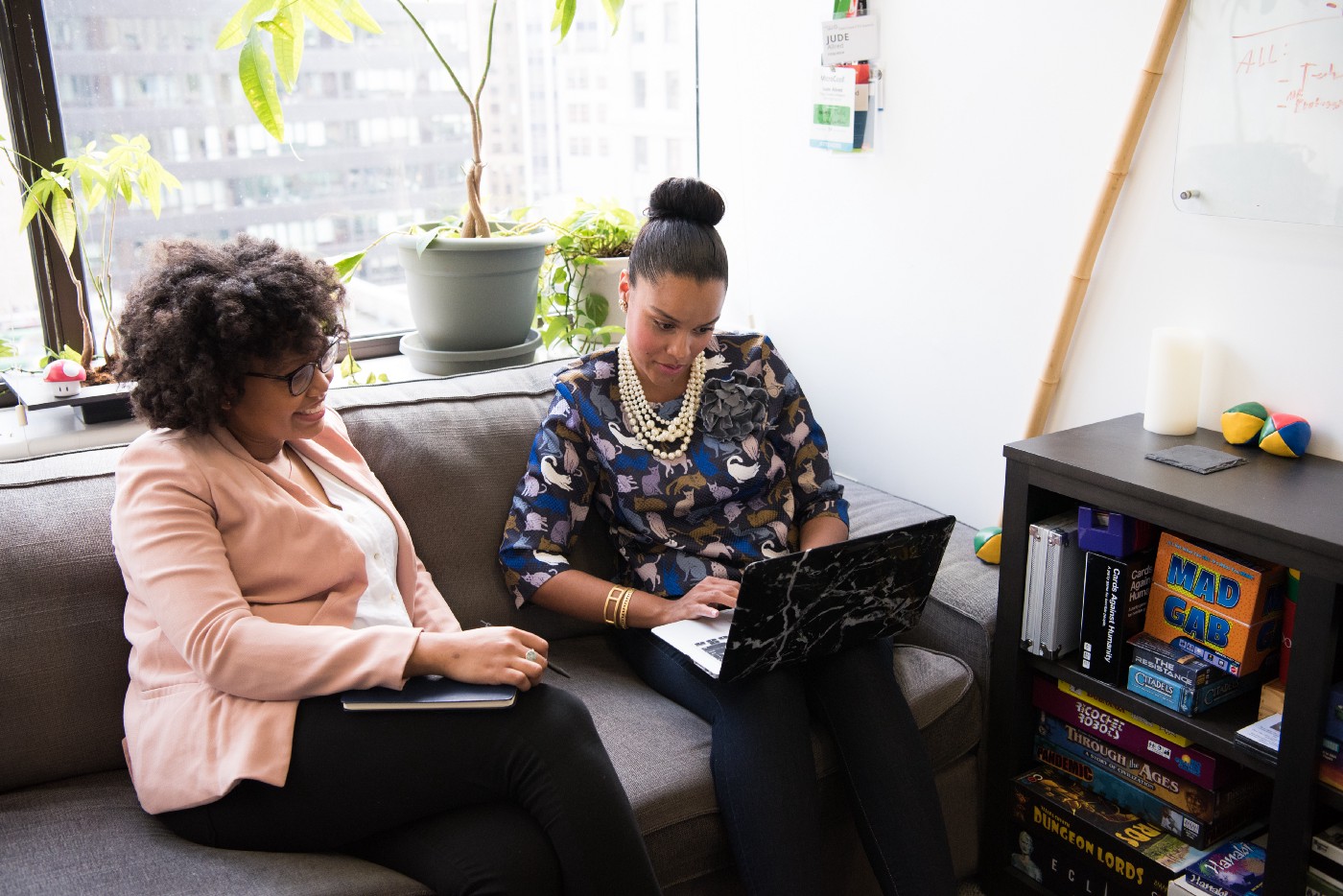 Introducing the Future of Work

©2022 Solutions by Spurt! All rights reserved